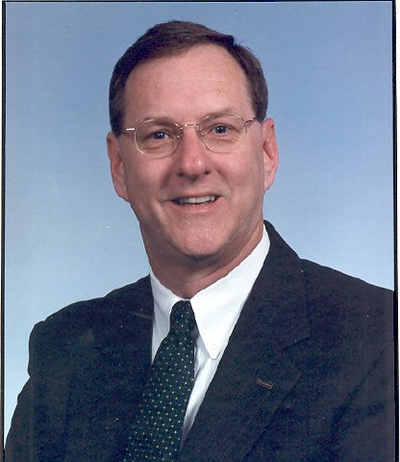 Scott M. Niswonger co-founded Landair Transport in 1981 with a $4000 investment. Today Scott serves as chairman, and chief executive officer of Forward Air and Landair Corporations with annual revenues of over $300 million. These Greeneville, Tennessee based businesses are publicly traded companies that provide high service level truckload operations and contract services to the air cargo industry and other expedited shippers. Prior to going public, Landair was recognized three consecutive years by Inc. magazine as one of the 500 fastest growing privately held companies in America.

"Growing up in Van Wert, Ohio Scott discovered that he liked to build things. Many of his friends had playhouses, so he decided to have one too. Except Scott's playhouse had eight-foot ceilings, studs on 16-inch centers and a gabled roof. He built it by himself. He was eleven years old.

Scott would later use his construction expertise working nights and weekends to put himself through Purdue University. He graduated in 1968 with a degree in Aviation Technology and Airline Management.

In 1968, Niswonger was the pilot to the president of the Magnavox Company. It was the connection with Magnavox that led Scott to Greeneville, Tennessee.

Niswonger spread his wings and in 1974 became founder, president, and chief executive officer of General Aviation, Inc., an all cargo airline Niswonger led for seven years. In 1985, he served as the vice president of U.S. operations for Flying Tigers Line, the largest all cargo airline in the world.

Ask Greenevillians about Scott and you immediately hear about his "caring involvement and leadership in areas of community need, his recognition and support of civic opportunities."

He is the past chairman of the Greene County Partnership and currently serves on its Executive Committee. He is a Tusculum College trustee, a director of First Tennessee Bank, a board member of the Fund for Greene County, a board member and honorary alumni of the East Tennessee State University Foundation, an ordained elder in the Greeneville Cumberland Presbyterian Church, and a board member of the East Tennessee Foundation. Niswonger is a founding director of Junior Achievement in Greene County and past chairman of the Junior Achievement Business Hall of Fame. In 1994, he was recognized nationally as the recipient of the Junior Achievement Distinguished Graduate Award. Scott was the 1999 recipient of the James H. Quillen Community Recognition Award.

Governor Don Sunquist appointed Niswonger to serve on the Tennessee Board for Economic Growth. Jack Kemp appointed Scott to the advisory board for Empower America.

He is a certificated Airline Transport Pilot, and has flown J-3 Clubs through Boeing 747 aircraft. He is also a graduate of the United Airlines Training Academy in Denver, Colorado. He has received special recognition from the National Business Aircraft Association by receiving the organization's 500,000-Mile Safe Pilot Award for having no accidents or incidents in the air. Niswonger received his Bachelor of Science in Business Administration from Tusculum College. Scott's personal philosophy of "learn, earn and return" is evident in all that he does.

"Scott tells a story he says is corny but factual, about how as a child, he lived directly under the landing approach at the Fort Wayne, Indiana airport. As he recalls it, when he was about four, he would tricycle out from under the eave of his house, look up at the plane in its descent into the airport, and say to himself, "I'm going to do that". He's done it....and then some!"

Scott and his wife Nikki reside in Greeneville and have four children and two grandchildren.

Select a button below to see how you or your organization can get involved with Junior Achievement of Tri-Cities TN/VA.

We use cookies to provide you a personalized experience. How we do this is by analyzing user behavior on our site and sharing data with our advertising and analytics partners. You consent to our cookie policy if you continue to use this website.